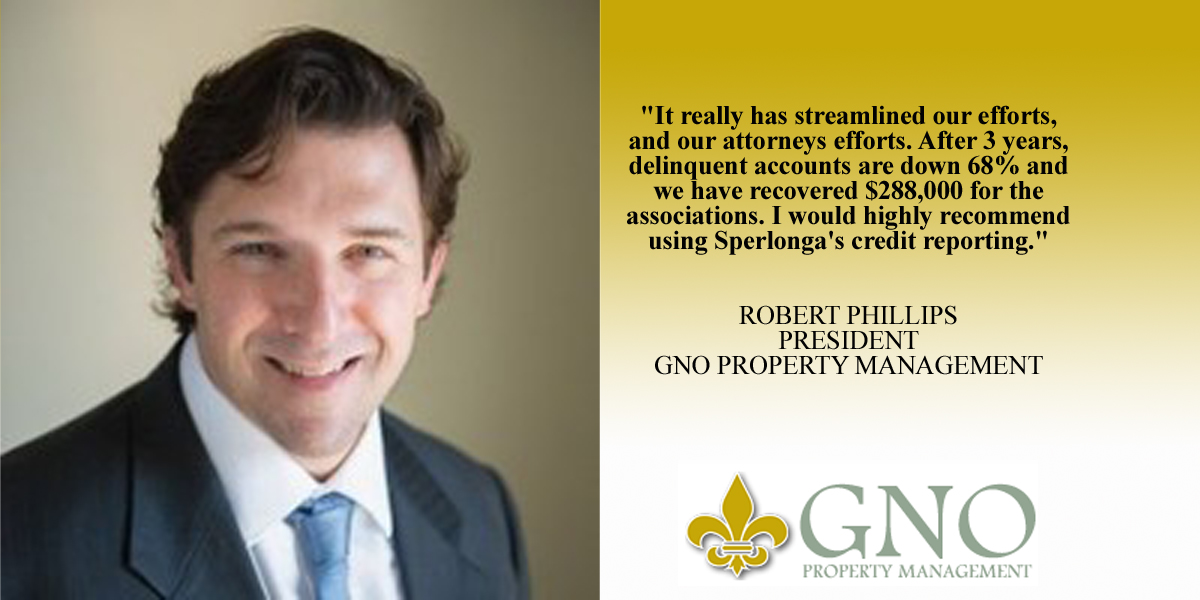 Grant: Robert, how are you sir?

Grant: Good to hear. Good to hear. Thank you for joining me on zoom today for this little video interview. I really appreciate it.

Grant: We got a Robert Phillips, President and CEO of GNO Property Management out of Louisiana. And they are famous in that state. They are one of the biggest investment managed and we’re really proud to partner with you.

Grant: What were you doing before Sperlonga was added to your collection process?

Robert: We were following the same kind of archaic ritual for collections that everybody was. You know, we would send demand letters, we’d follow up with a lien, get a judgment, try and get the people their day in court. And then it’s just a function of if they’re going to pay or are you going to continue to pursue them. The next step would cost more money, which was to go and garnish wages. And it was a long process. It was an expensive process that had probably a success rate of about 40%. The people who really wanted to be defiant, they would do just fine. There was just no way other way to get them to stop being that way. A few neighborhoods got desperate and they originally thought, “Oh, let’s offer them a discount if they pay their dues.” Then they realize that gets them into even more of a budget shortfall. So no benefit to a person if they did pay on time other than the fact that they knew that they had paid.

Grant: We heard that previously where they try to incentivize and pay early, pay in advance, we’ll give you a discount and then I’ll, you know, just works off to where we were. We didn’t get full payment.

Grant: So, how did you guys first hear about us, you know, do you recall? It’s been a little while.

Robert: So, I heard about you actually first from a phone call from you all. Going to all the CAI and the CEO conferences and just being in this business, now it’s been 20, 21 years. I think. Everybody kept asking, “Why can’t we report to the credit bureau? Why can’t we report to the credit bureau?” And there was no good answer for that, other than we just can’t. And then I remember, I think I received a call from, I think it was your sales division who said, “You know, we want to talk to you about credit reporting.”

And so, being busy, they said, well, what’s your email address? And send me some information on it. And I immediately picked up the phone and called back and I said, okay, I can finish the sentence, you know, this is something that’s been needed for a long time. And it just made sense. And so we went with it. And then I went to the next conference and people started asking me about Sperlonga. And “Do I use it? What’s it like? What’s the transition like? What’s, how’s it received by the customer?” And so, it was just a natural progression in that way.

Grant: And one of our early adopters, you know, that group is called and been reporting since 2017. And we just ran the performance reports and you have recovered $288,000 today for the associations that are using credit reporting. In total, the total number of delinquent accounts has been reduced by 68%. Were you shocked when you hear those numbers? What does that mean $288,000 into the associations? Like what does that mean to like…?

Robert: Before Sperlonga, we would have minor victories. You might pick up a $1500 delinquent or you might pick up a $2500 delinquent. The people who owed more than more than $5,000, you might get one of those a year. And that’s just because they either are selling their house or they’re going through a divorce, just wanting to liquidate things so that they’re estrange spouse wouldn’t get ahold of it or whatever. So now to have the number that we’re getting and to have it work in tandem with what we were doing before, it’s amazing because now the associations don’t have the ongoing expensive legal for every person that’s delinquent. Now it’s, we’re able to focus more of a laser sight on who we want to go after with an attorney versus going after everybody who owes money. And it’s really streamlined. It’s made our efforts better, more efficient. The attorneys don’t get burned up because they’re having success. And with success comes more customers and more basis for what they do. So it’s good.

Grant: Right. And I know you work with some of the top law firms in Louisiana and I think we were talking to one the other day. I mean, what was his take on the service?

Robert: You know, at first when he heard about it, he was blown away because he had worked with other management companies and then started working with us and wasn’t aware that we could do this. So he started doing a little bit of research and then immediately once he got done doing this two days of research on it, he was like, “This is brilliant.” And he goes, “I cannot believe every management company in Louisiana isn’t using this.” I told him, I said, “I wish they were, but I’m also kind of glad they’re not.” Because it’s…

Grant: Right. It gives you that competitive advantage.

Robert: Yes it’s really helped him especially with some of the big tickets. I mean, we collected a $25,000 delinquency that we’d been chasing for about six years. And what happened. The guy that was alluding the association for all those years, he decided he wanted an open a business and in order to get the business loan, he had to pay off all of his debt. And we were worried. And so what happened was it was dinging his credit. Otherwise he probably could’ve gotten away with it, not showing up when he went to go get that new line of credit for his business. But because it was on his credit report, they said, “What is this?” And I’m sure his comment was, “Oh great.” He sent us a check and paid it off, and now he’s a dues paying member of society. Before he was not, so…

Grant: Right. Back to good graces with the community.

Grant: That’s awesome. We love those stories. Love hearing that. I mean that’s certainly what we just live for. We love being able to help those associations. And did you expect this kind of result when you first started or you just…?

Robert: No, I did not expect it. I knew that it would improve what we were doing or I was hoping it would improve it. But I didn’t expect that the rate of return that we were going to get on it. The one thing I was a little shocked about was from the customer standpoint. You have all these customers that we have that would, board members who would constantly say, “Why can’t we report? Why can’t we report?” People in the audience, “Why can’t you go to credit bureau?” And then we started to, and it’s amazing how some of the people got a little gun shy. Because there were like, “What is this going to do to somebody? It’s like we’re not taking their firstborn, but we’re holding them accountable. And so the neighborhoods we have that have really embraced it, they wouldn’t have it any other way. They just would not have it any other way. So it’s good.

Grant: And some of the other CEOs we’ve talked to, I mean, us being so, just like you said, laser focused, right, on the assessment and special assessment. And I hear it all the time. It’s like, “Look, I don’t have any sympathy for non-payers.”

Grant: You’ve got doctors, lawyers, all these people that can afford it and handle the payment and then just don’t. It’s like, “Let’s move it.”

Grant: And if you need to get on a payment plan, you can.

Robert: You can. Yes. And it’s nice because if there’s a dispute, you also have a dispute center now. If there’s special issues, you all work with us on that. And that’s been very, very helpful to my team and to the customer. So…

Grant: Awesome. We love being able to work with you and your communities. And I know we do have some special occasions and we always try to be really flexible to that and accommodate different communities. I mean, that’s what makes the business so fun. Right? There’s never a dull moment.

Grant: And they’re all unique. So we try to work with each one. Any thoughts on what we’re kind of impact with your team, this might have had, on workload and sending out letters and things like that?

Robert: I think it’s affected my workload to a degree, but a lot of it, by the time it got to this collection letters that was coming from the attorney, but for us, like I said, the initial shock of it, definitely increased phone calls and people worrying about it. But that’s what you want. You want them to be cognizant and aware of the fact that there’s a ramification for not paying your dues now. And if you pay your dues, it’s positive and you’re going to get positive reinforcement for that. And that was what we had to sort of, probably the first six months really had to drive home with people is “If you’re paying your dues on time, you’re going to get rewarded. If you’re not, you’re really not going to enjoy life because not only are you going to end up paying more, but you’re also going to be affecting the outside world as far as your credit goes.” So.

Grant: Exactly. Well, how likely are you to recommend using Sperlonga if someone’s listening at home?

Robert: Very, very. I would highly recommend that if someone’s on the fence of it, just have them give me a call, shoot me an email, I’ll be happy to follow up with them. I really do think it’s been a great service. I think it serves the people that we represent well. And the more that it grows, the better for the industry. 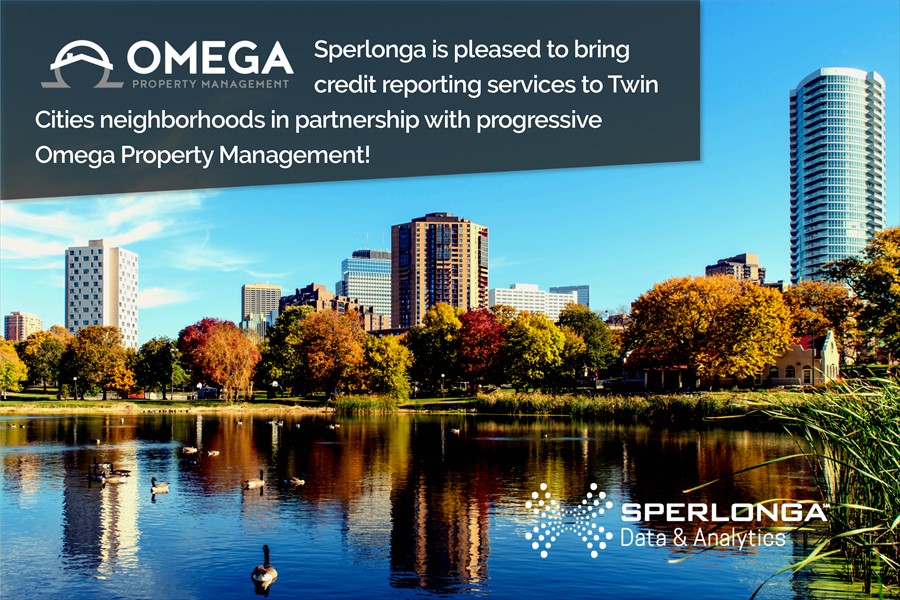 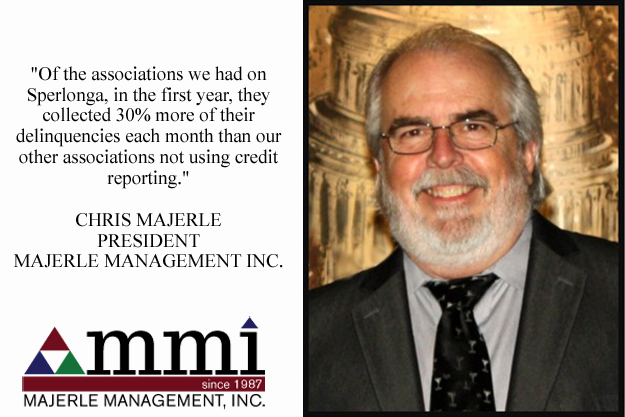